To be more flexible.

I remember back to like the 5th or 6th grade when they would have us do those presidential tests or whatever they were called in PE. (Anyone else know what I’m talking about?!?)

You know – where they had you do a series of different tests and then you got a ribbon or award or something depending on where you fell in the numbers… I seem to recall blue was the best?? But it is all very vague in my memory and I may, in fact, have all of the details completely wrong. 😆😂

What I do remember quite clearly, though, is how I felt the first time I DIDN’T get the highest level award for my fitness.

I remember the toe touching stretch… me sitting on the ground in front of the box with the ruler on it, with my legs stretched out in front of me and leaning forward with my hands to see how far up the ruler I could reach.

And I remember that no matter how hard I tried or how hard I pushed, I couldn’t reach the required mark on the ruler.

I remember, too, the first time I couldn’t do all the pull-ups or climb the rope and touch the knot at the top.

I remember the embarrassment I felt with peers watching and all the shame and disappointment around “not good enough.”

And I remember taking on the beliefs of “not flexible,” “not strong,” and “not athletic” from that point forward.

Like as if these were character traits – ones that made me “less than” – and not a changeable thing. 😆

Like “Hi, My name is Deise. I have brown eyes and I’m not flexible.”

But that IS how I saw it. And, as a result, dreaded PE classes and limited my involvement in sports and physical activity as much as possible. Volleyball and clogging were the only exceptions. But even those were filled with lots of stress and anxiety.

f course, limiting my involvement led to less flexibility, less strength, and less athletic ability… eventually culminating in major lower back issues near the end of my first pregnancy and beyond. 😆

That’s how self fulfilling prophecy works.

I still don’t identify with these words as the primary descriptors for me. And what’s amazing is even when I was really active in Beachbody coaching and really fitting that “mold” even more, I still didn’t see myself this way. I was more fit and strong and flexible and athletic than I’ve ever been (and still am pretty fit!). But rather than seeing myself as strong, fit, flexible, and athletic, you know where my brain went??

“You’re a fraud because you look like all these things, but you’re really not.”

Thoughts like these are why most changes don’t last. Because we change the actions and the outside appearance, but without a change in the underlying belief system about ourselves and who we are as a person, it’s mentally too uncomfortable to stay there.

Something has to give.

What I know now is that these thoughts are just a sign of cognitive dissonance, meaning there are sets of beliefs in the brain that contradict each other.

What I’m playing with in my mind, too, is that perhaps it is also that one set of beliefs has been claimed, but the other has not…

The idea of duality in all things… that idea we are everything and nothing all at once.

The idea that you can’t have strength without weakness, or weakness without strength. Two sides of the same coin.

The idea that you can’t have good without bad or lightness without darkness.

I actually find it really empowering sometimes to believe BOTH, in a way that neither are triggering.

The issue isn’t that I’m not strong or flexible or athletic.

Because I think I am NOT by default… believing anything else will feel “fradulent” at first and my brain will want to self sabotage back to what I already believe about myself on default.

Where this really got me was when I thought about my sisters who played sports in high school. No matter what they do or don’t do, they will always be “athletic” in my mind. 🧐🤨🤔

Identifying myself as strong and fit and flexible and athletic and active – ultimately that is a mindset shift – and it STARTS with claiming the ways that I ALREADY AM and have been those things all along.

This is something I’ve been working on since January of this year, when I first noticed (or perhaps re-noticed?) some of the underlying beliefs I had about myself.

And before changing a thing… I started to shift my mindset just by starting to notice and claim and own the ways I ALREADY WAS the way I wanted to be.

This squat in the picture included with this post… one could make it mean that I am flexible… or that I am not so flexible… depending on who or what you compare to. (It is for sure a stretch for me to get here and I can’t maintain balance for more than a few seconds before I tip over. LOL.)

I am flexible. And I am not. It’s really easy for me to claim the latter. And I’m in the process of really claiming and owning the former. 😉

Whatever it is you want to see more of in yourself – start first with seeing the ways that you ALREADY ARE it.

You are already her.

Reclaim it and own it.

And then keep building more evidence for it, little by little, day by day…

Until one day you wake up, and you notice it just IS how you think about yourself on default.

Looking to take your personal growth to the next level and curious what it would be like to have me as your coach?

Even if we don’t decide to work together, you’ll gain valuable insight just from talking with me. 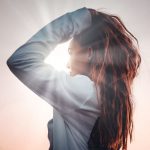 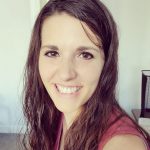 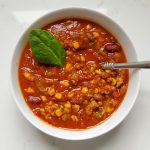 I jumped on the Instant Pot band wagon a month or two ago and have been trying out new recipes here and there.

My favorite new recipe from this past week is Instant Pot Turkey Chili.

Super tasty, easy to make, and everyone in my family loved it (including ALL three of my littles!) – leftovers were completely devoured – so of course I want to share how I made it with you (and save it here for myself for later!).

I imagine you could just as easily make this on the stove top in the event you don’t have an Instant Pot.  😉 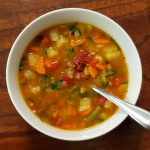 So I decided to join my sister‘s fitness group that starts next week.

I’m in a bit of indecision over what I am committing to workout wise right now. 😆 So I’m starting with what I know. 🙃

I know I’m super interested in and wanting to do Barre Blend.

I already purchased the VIP access for it. And I started checking it out today.

Now to decide what I really want to do, work through any doubts and perfectionist fantasies about it, and get clear on what my minimum baseline is for myself. 😆

Fear and doubt don’t mean something has gone wrong or that we shouldn’t do something. Quite the opposite actually. They are indicators that we are asking ourselves to step out of our comfort zones and expand them.

Still, it is useful to pause and make sure we like our reasons for what we are doing (or not doing!) before diving in head first.

What we think we really want may not be what we actually want. And it is powerful to get clear on that.

I made it through a couple getting started videos, including Establish Your Space and the ~20 min Ballet Terminology today.

It all left me feeling very graceful and elegant. 😆💃 Lol!

Just thinking that fills me with a sense of expansion and abundance.

How are you feeling today?

I’m asking because I genuinely want to know.  I’d really love to hear from you.

You can message me here. 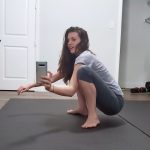 I jumped on the Instant Pot band wagon recently and have been trying out new recipes here and there.

My favorite new recipe from this past week is Instant Pot Vegetable Soup.

My older two children refused to try it, but the baby and I absolutely loved it.  😉  My hubby enjoyed it as well.

I imagine you could make this on the stove top in the event you don’t have an Instant Pot.  😉

Original Recipe from The Recipe Rebel

This recipe makes about 4 liters of soup, or approximately 16 cups.