I can do it later.

How often do you tell yourself this?

I used to tell myself this all the time. I didn’t feel like doing something in the moment, and so I would tell myself, “No big deal. I can do it later. I’m more productive at night anyways.”

And then I would stay up later than initially intended, dread waking up, have to get up earlier than I would have liked, and repeat the cycle again the next day.

It was insanity. Ha!

Only when I told myself sleep was the priority and “later” was no longer an option did I really start to make progress with actually going to bed when I said I wanted to. Only then did I start getting more sleep at night on a more consistent basis.

Knowing we will give ourselves more time “later” to get something done is a recipe for disaster when it comes to spending our time in a way that honors our priorities.

We end up sacrificing our own health and self-care in the name of getting things done. And that always catches up to us at some point.

Can you relate to this?

Is going to bed earlier and waking up earlier something that is important to you?

What would happen if you made sleep your priority and no longer allowed giving yourself more time to “do it later”?

These are questions worth considering.

For me, making sleep a priority has required me to step up my game. To more consciously prioritize my time and energy. To make sure tasks that really matter to me get done earlier in the day – before bedtime.

Prioritizing sleep has also helped me get more sleep, increase my trust in myself, and increase my ability to plan and follow through.

What if you couldn’t do that thing later?

Would you do it now?

What if you weren’t allowed to procrastinate? 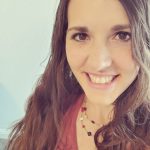 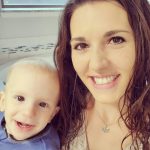 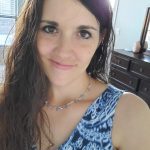